Installing Docker on your machine to create a development environment is really a very simple operation. Let’s see how to install it on Windows, Mac and Ubuntu.

How to install Docker: Windows, Mac and Ubuntu

In this mini-guide, we shall see how to install Docker on Windows, Mac and Ubuntu.

Before starting the installation, make sure that your version of Windows is either Pro, Enterprise or Education.

If you have Windows Home, you’ll need to install WSL 2, a subsystem for windows that enables you to create a Linux environment on which Docker can run.

At this point, we should download the installer. The Docker for Windows installer can be downloaded from the Docker Hub:
Double click on the .exe executable and follow these steps:

To launch Docker, search for “Docker” and choose “Docker Desktop” from the search results. 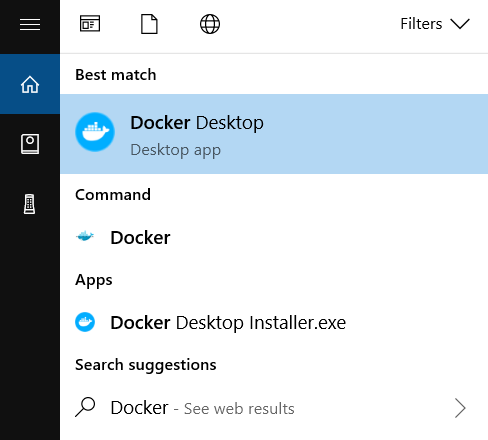 As with Windows, to install Docker on Mac, you need to download the installer from Docker Hub.

As a minimum requirement, your computer must not be a pre-2011 model, and you must have a version of macOS equal to or later than 10.14.

Note that if your model is very recent and features a new generation M1 processor, no stable version of Docker is available as of the date of writing this article. You may opt to download a version still under development called Apple M1 Tech Preview. Carefully read the “Known issues” section, where the limitations and known problems are listed.

Now search for Docker from the spotlight (cmd + space) and launch Docker.

You should be able to see the Docker icon on the top right status bar.

When the icon remains stationary, it indicates that the boot process has completed.

To install Docker on Ubuntu, you need to follow some command line steps.