We still use GPOs – AppLocker is a subset of GPOs – to enforce software restriction but it’s easier and more powerful.

AppLocker can manage execution permissions of:

Open the Server Manager and launch the Group Policy Management: 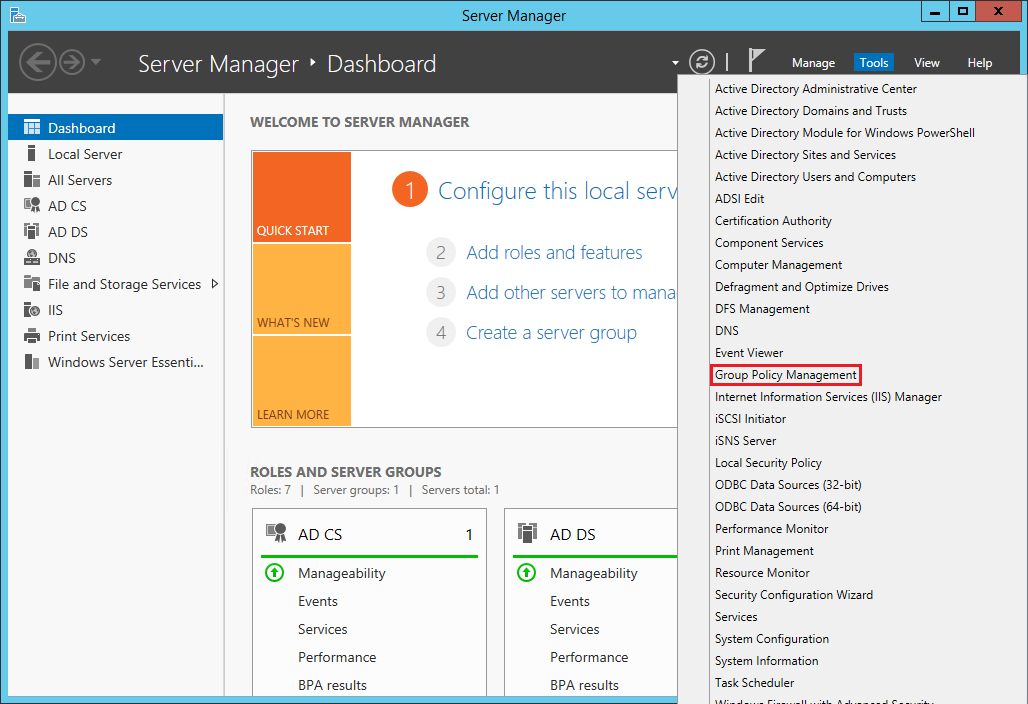 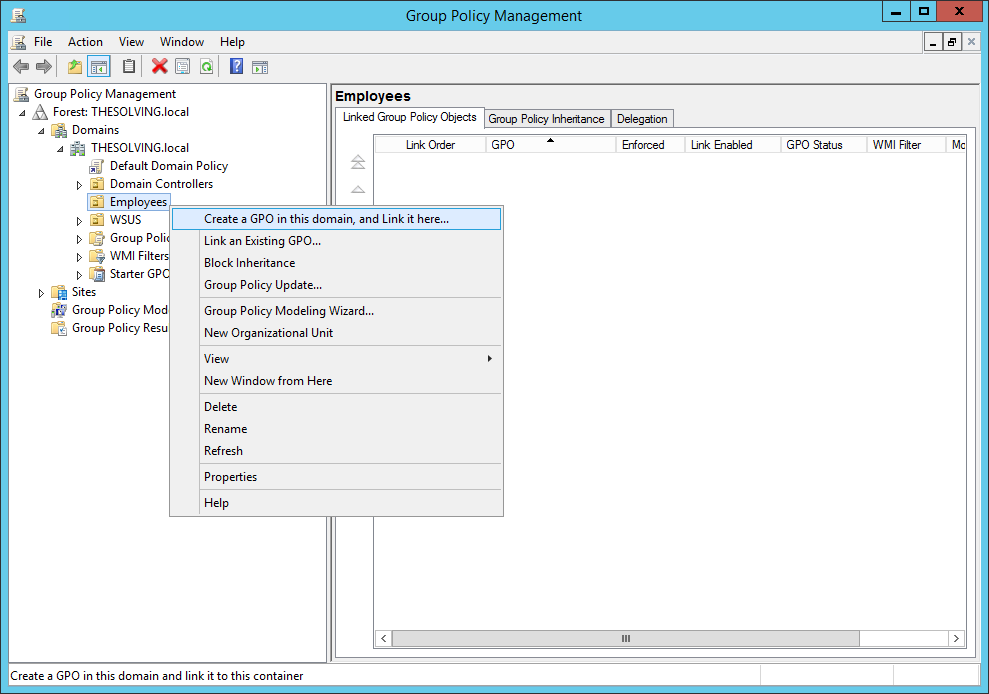 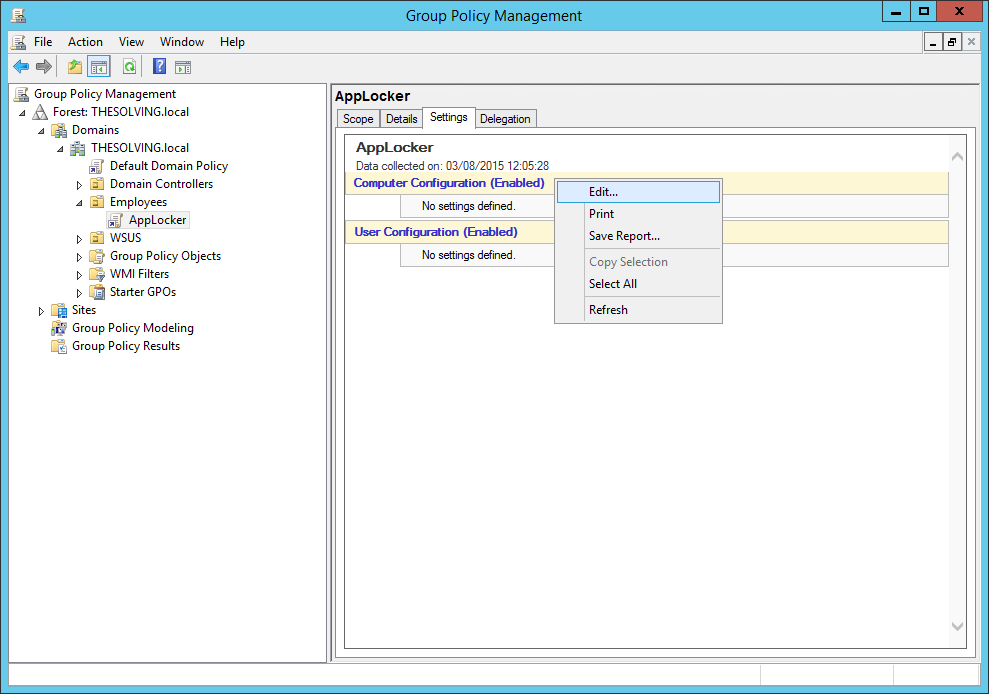 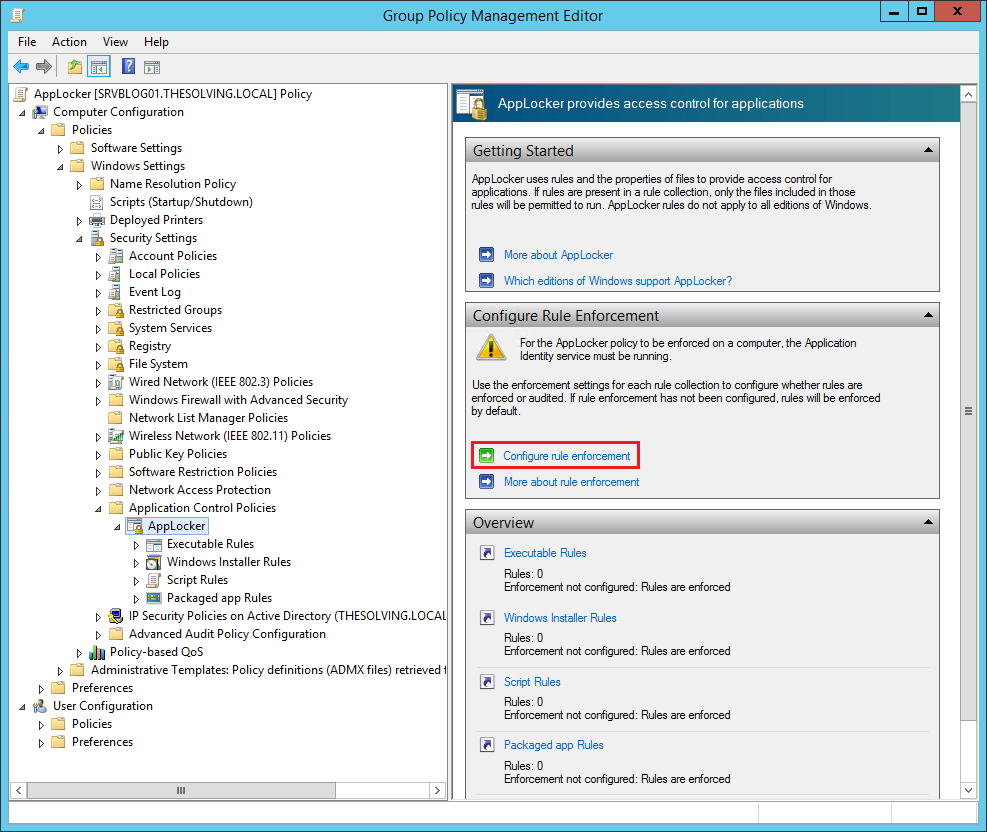 Check all the rules if you want to enforce them. By default AppLocker blocks all executables, installer packages and scripts, except for those specified in Allow rules: 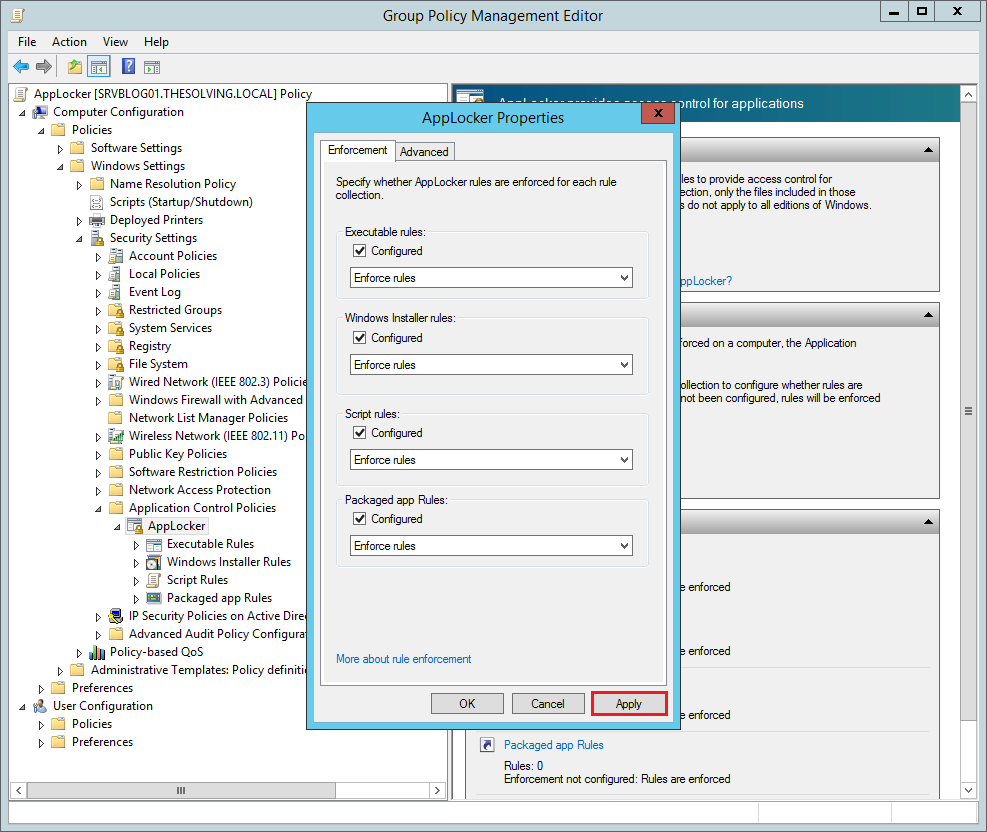 AppLocker differs from software restriction policies for the ability to automatically create rules. Right-click in the white box and select Automatically Generate Rules, a wizard will appear: 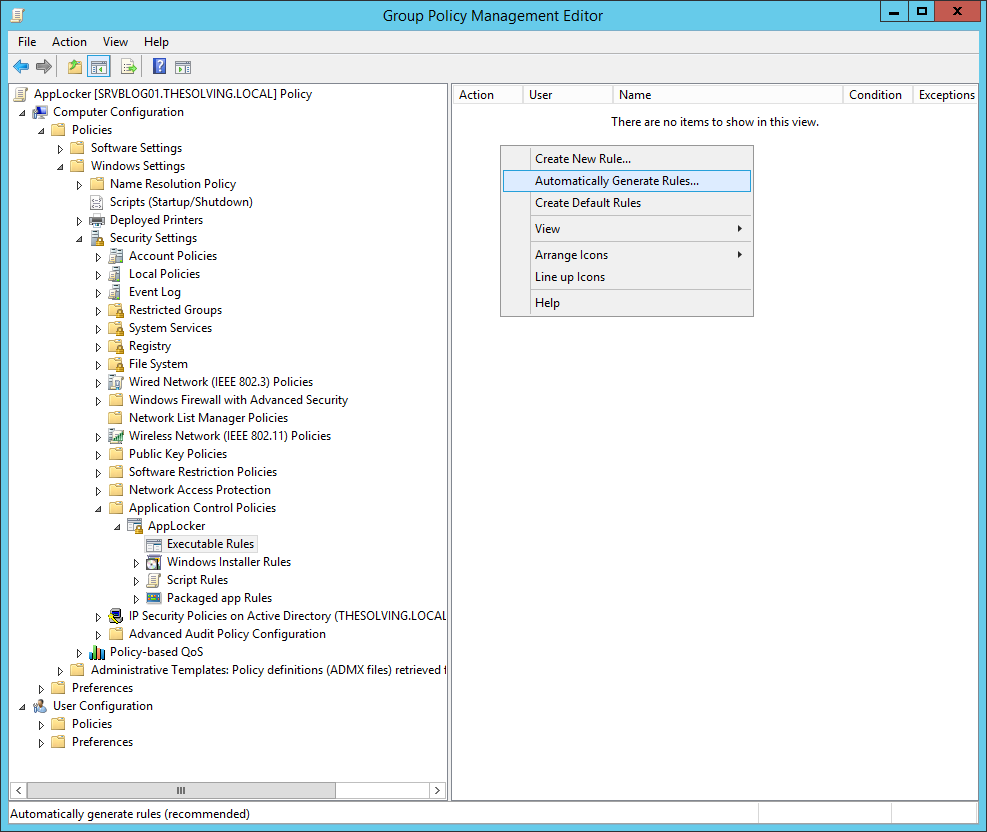 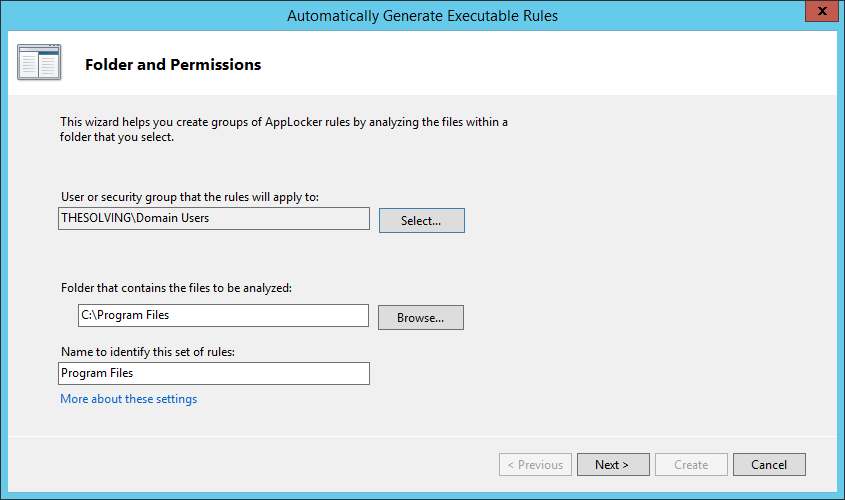 You can choose to allow or not-allow the execution of unsigned executables. It’s better to create the rules based on the executable hash rather than the file path, it’s more reliable: 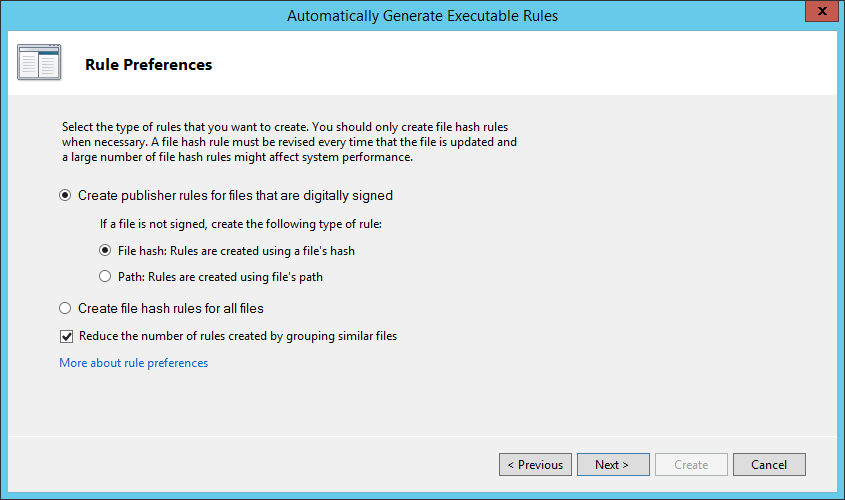 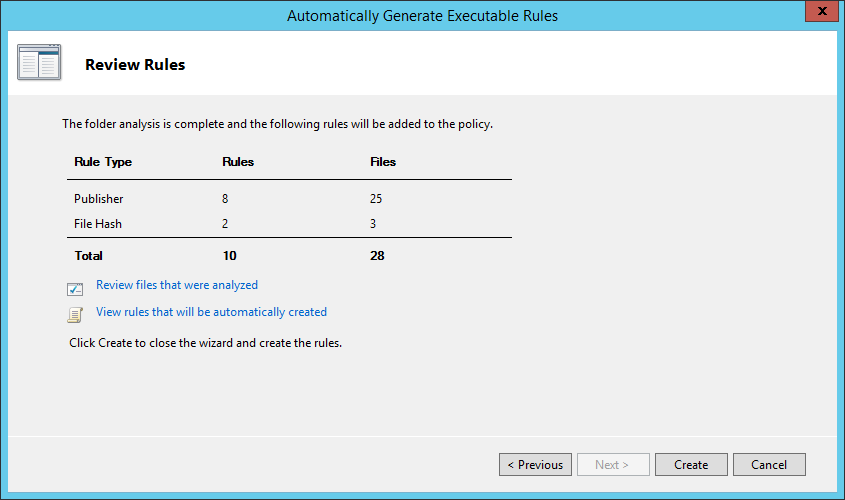 The new rules will appear: 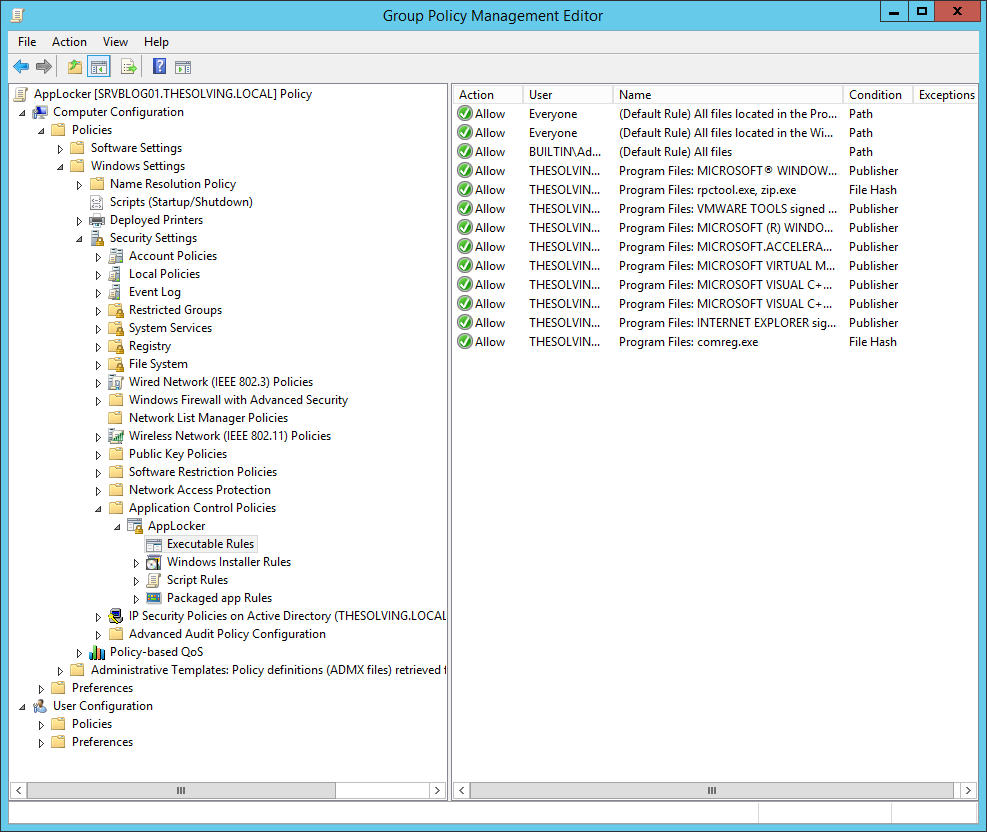 We can also manually create other rules. Right-click on the background and choose Create New Rule: 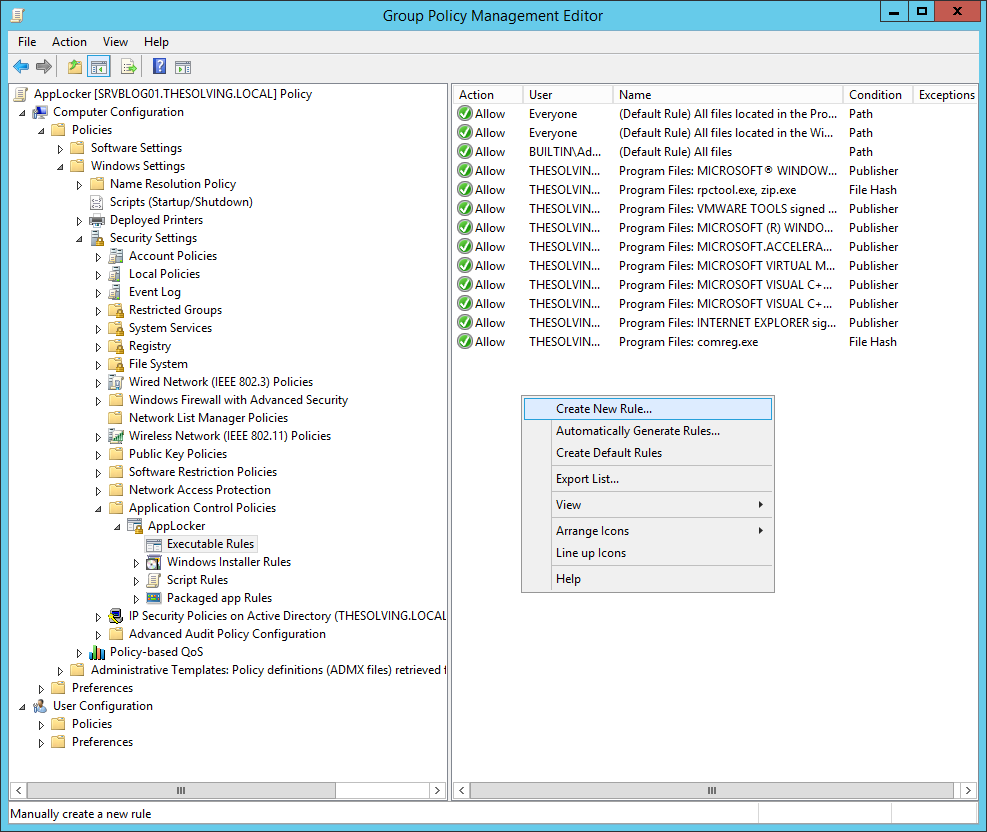 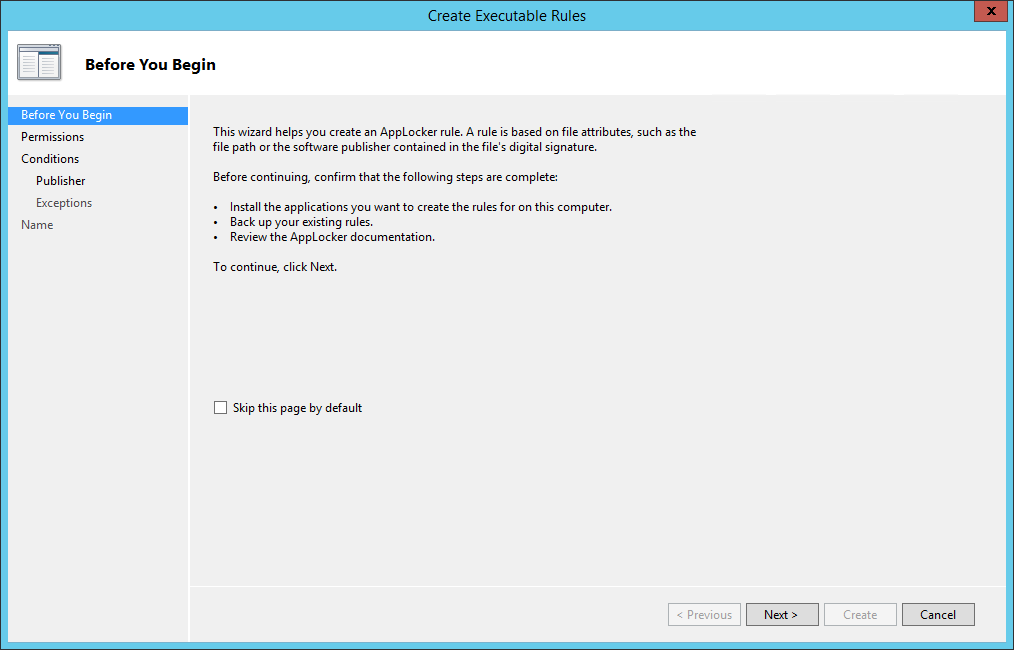 Specify the users who will be affected by the rule and the rule type (Allow or Deny execution): 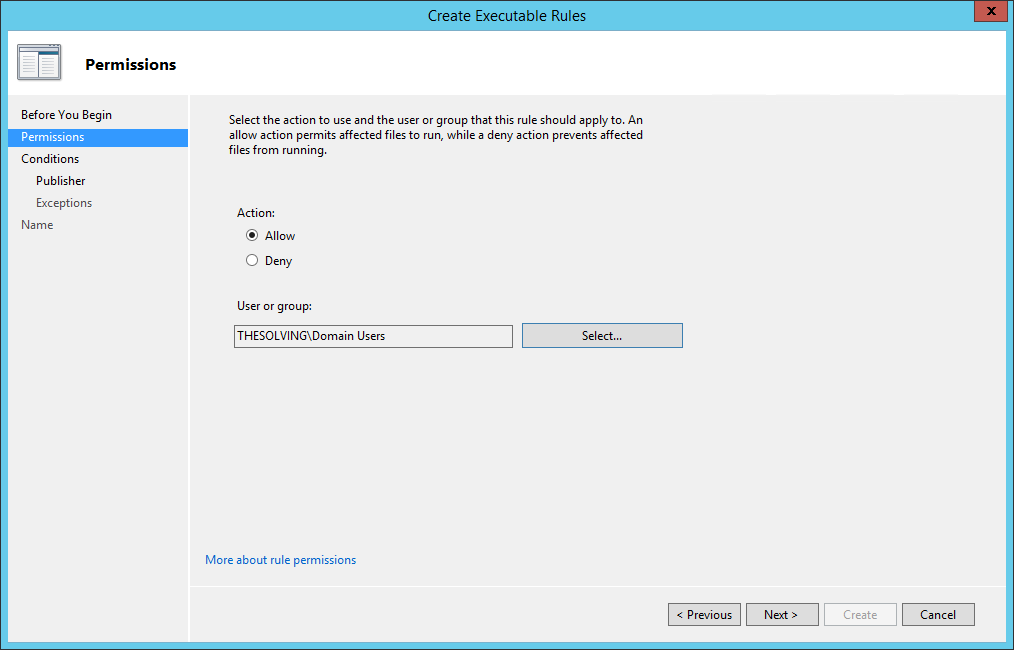 There are three ways to specify which applications will be affected by the rule:

In our example we chose Path: 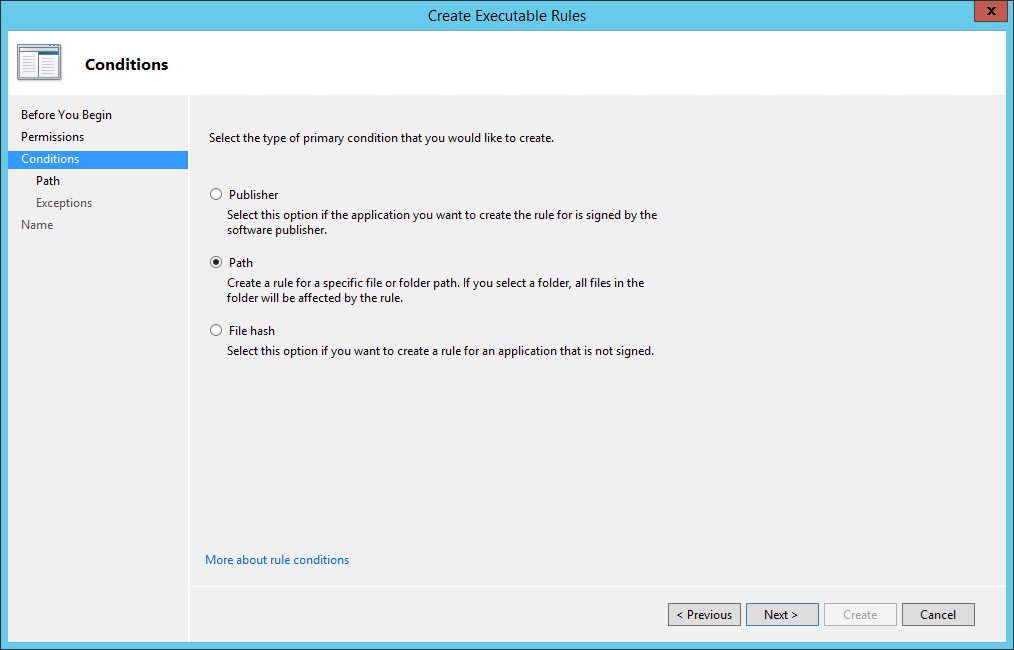 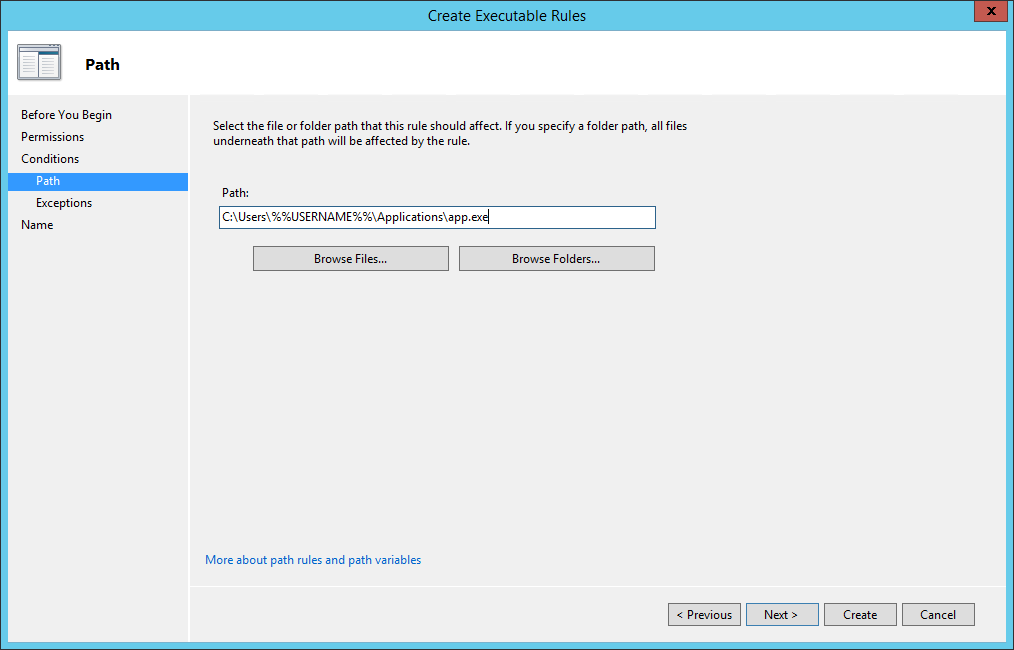 You can add exceptions if you need them: 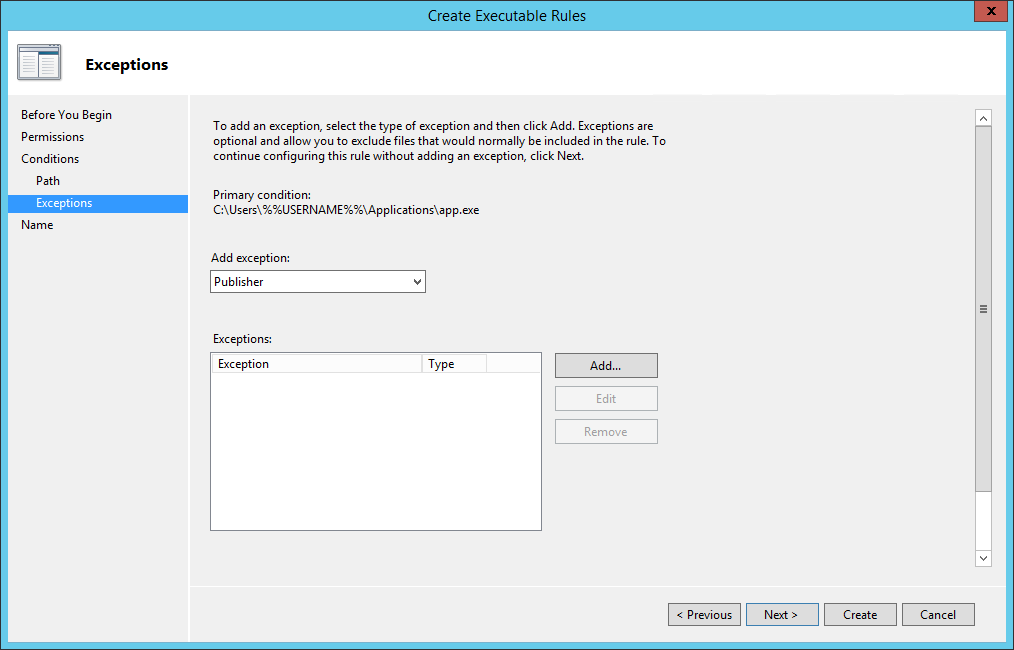 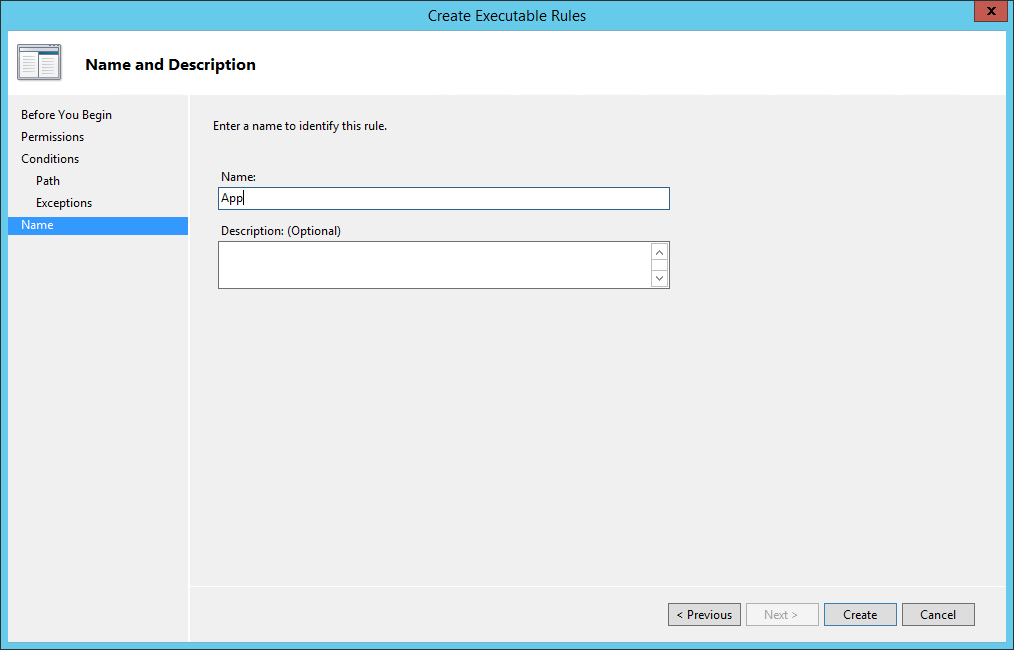 The rule will appear: 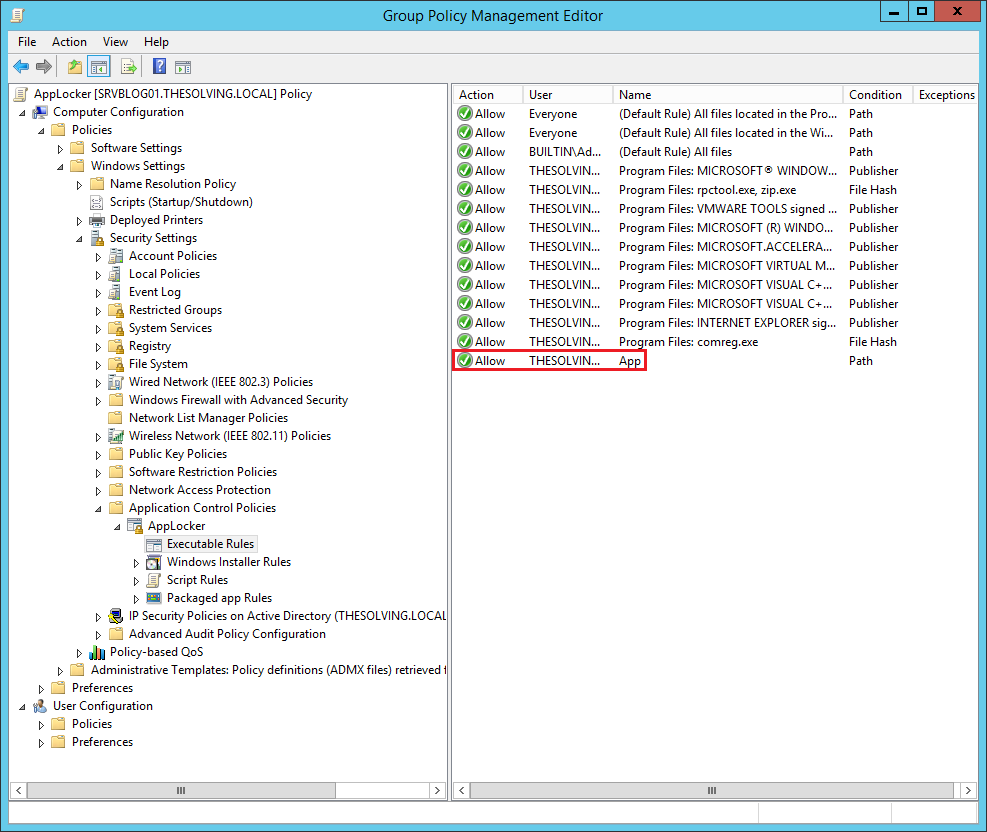