Let’s see how to enable the SSH shell of an VMware ESXi host version 5.5.

The first step is to download the vSphere Client 5.5 using this link.

Install the package and open the application. Specify the IP address of the ESXi host and the user credentials: 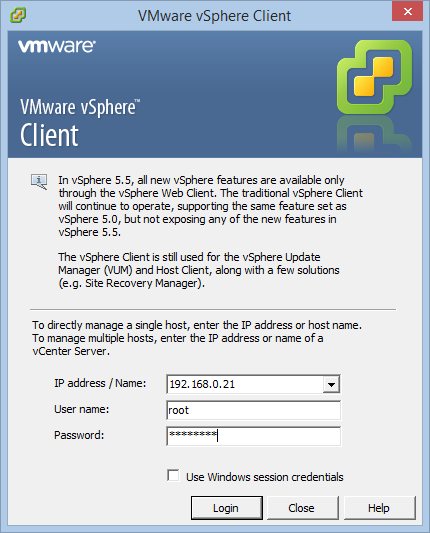