Networking is a critical part of creating a VM infrastructure. Virtual machines need to communicate with other physical and/or virtual machines and/or with the Internet.

Having the possibility to build a virtual network infrastructure simplifies the job of system administrators. Furthermore it improves network efficiency and decreases costs.

Hyper-V can create and manage virtual switches, the backbone of a virtual network. A switch, physical or virtual, is a device operating at Layer 2 of the Open Systems Interconnect (OSI) reference model.

The operation is quite simple. Open your Server Manager and select Hyper-V Manager from the Tools menu: 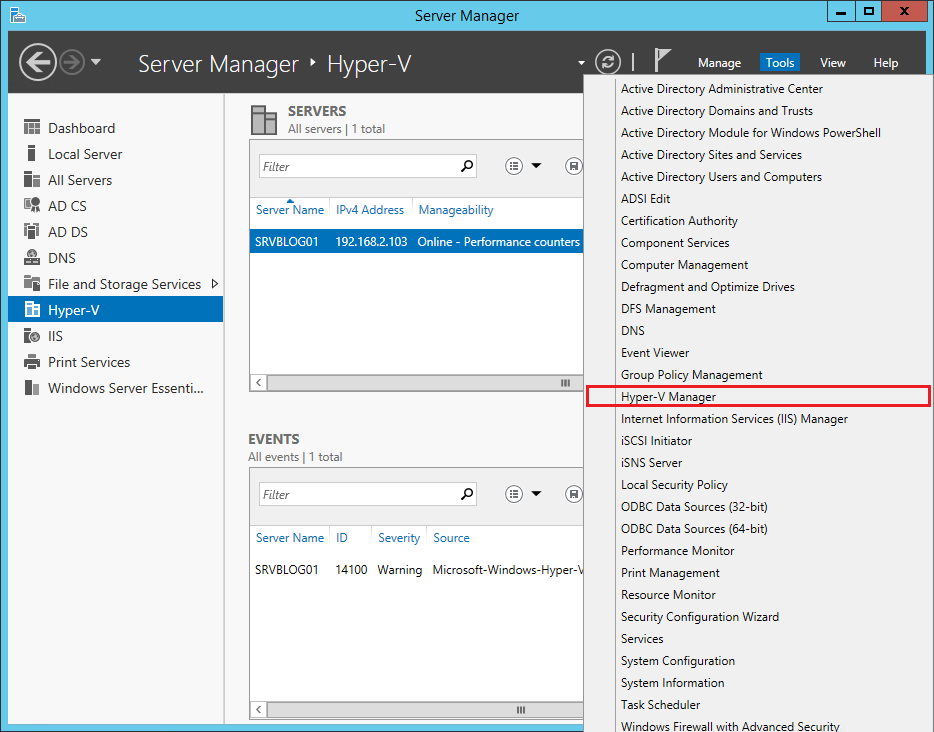 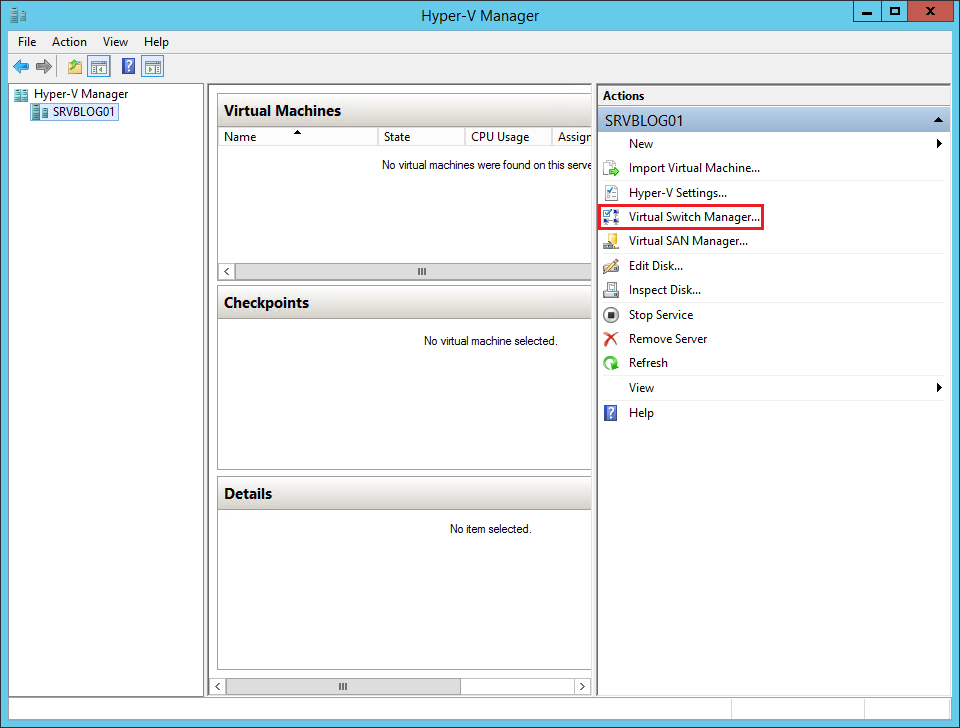 Hyper-V gives you the possibility to create three types of switch:

We added an external virtual switch, because in our example we have no default switch and of course we need one to make the hosted VMs able to communicate with the physical network and access the Internet: 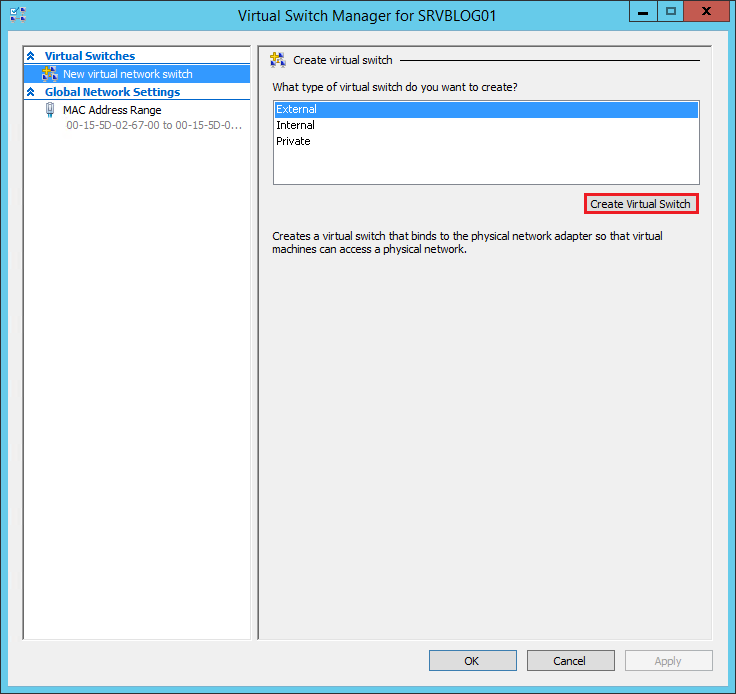 As an External virtual switch, it’s mandatory to select a physical network adapter. The network interface adapter can be shared with the local OS or dedicated to the virtual machines. It’s also possible to specify a VLAN ID:

By clicking Apply the virtual switch will be created. In our example we created an External virtual switch with the physical adapter shared with the local OS. This causes a temporarily disconnection of the Hyper-V host, followed by a quick re-connection. Be sure you don’t mess with the VLAN ID settings or you won’t be able to re-access the machine remotely.