The VMware vCenter comes with several privileges grouped in Roles by default. The privileges and Roles allow the administrator to configure a granular security policy defining individual user rights.
On the vCenter there are three system roles as follows:

The system roles are permanent. there is no way to modify them. The No Access and Read-Only roles are very useful for restricting user access quickly.

The six default role samples are as follows:

While it is possible use the default sample roles as they are, it’s also possible to use them as a starting point to create custom roles. It’s considered a best pratice not to modify the default roles because they can be useful for future reference.

As you can see, a window will open allowing to define the name of new Role: 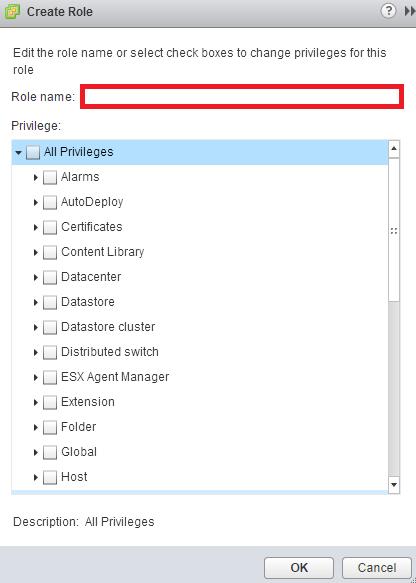 Name the new role (in our example we used: Vm Configuration Manager). Now scroll down to the Virtual machine privileges and check Configuration: 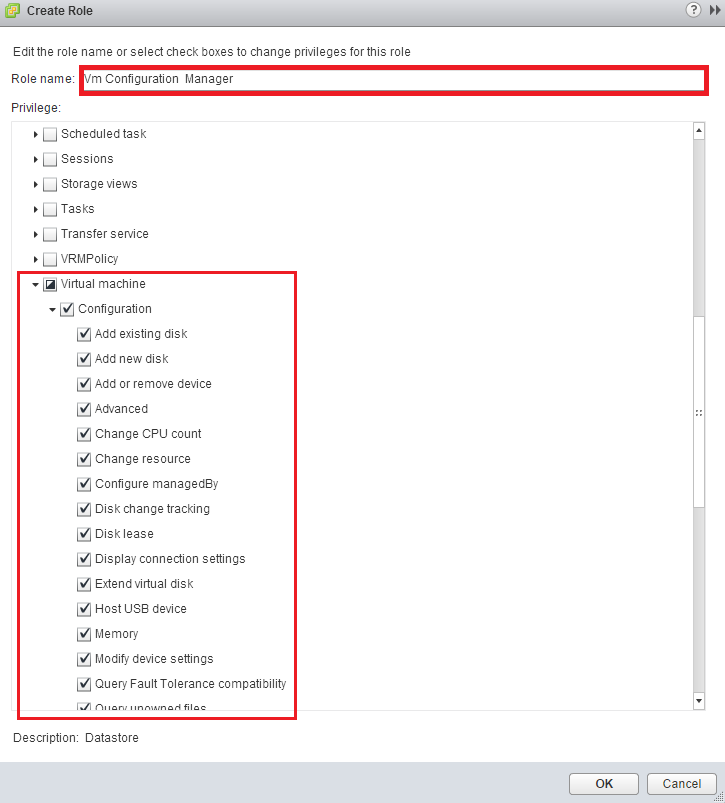 Review the list of the vCenter Roles, verify that the presence of the new Role: